Success Story:
Single Father Repairs His Credit and Buys a Home for His Three Boys 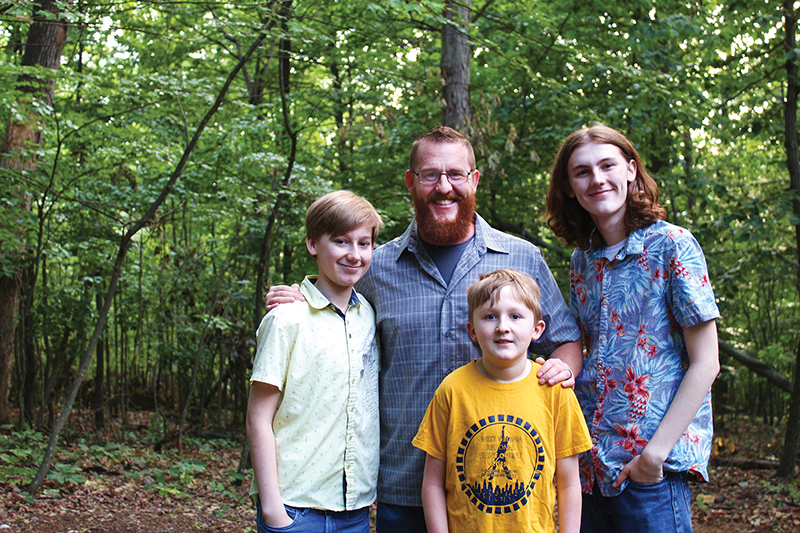 A single parent of three boys, Nathan is a grateful, humble man. He also has a felony record. Following his discharge from prison, Nathan was determined to build a new life with his boys. He summoned the courage and took a change: he walked into Telamon’s West Virginia office and asked for help.

At his first appointment at Telamon, Certified Housing Counselor Jennie Shriner set him up with a personalized financial education resources and one-on-one support from Financial Coach Amanda Heck, to assist him with budgeting, credit basics, and pre-purchase counseling. His goals were ambitious: to purchase a home within 6 months, improve his credit score and increase his savings. Working with his counselors, Nathan developed a specific plan of action which included tracking all monthly expenses, disputing a collection account, settling a collection account.

“At Telamon, I was welcomed with open arms, receiving a credit counselor and a housing coach, Jennie and Amanda. With their help, I was able to fix my credit and raise it a hundred points in six months! I was approved for a loan and purchased a home for me and my sons.” —Nathan

Eager to purchase a home and stay the course, Nathan returned for a follow up appointment two weeks ahead of schedule. He had completed all his action steps plus more. In as little as one month, he followed all guidance from the Telamon staff and further reduce his expenses, allowing him to pay off debt and reducing his credit card balance, thus increasing his credit score substantially.

Within just 3 months of working with Telamon, Nathan began looking for a property to purchase. He attended one of Telamon’s Homebuyer Education workshops, and Jennie walked him through the process of establishing additional credit and together, they researched loan options.

A mere nine months since walking through the doors at Telamon, Nathan learned that his financial situation had improved enough to qualify for a home loan. In a little more than a year after beginning counseling services at Telamon, Nathan and his three boys moved into their first home.