Eusebia’s story with Telamon Michigan’s Migrant Head Start program started nineteen years ago with her first child, Francisco, in 2001. Following Francisco, Eusebia had five additional children: each one has been enrolled in Telamon’s Head Start program. Parents of children enrolled in Head Start participate in activities that support the ways the programs run in their local centers. Each center has a Policy Council; getting involved in this group is one of the ways that parents can get involved.

In 2014, Eusebia attended a statewide meeting of Policy Council. She was so inspired by the dynamics and commitment of the parents, that she wanted to get even more involved. She chose to run for president for the Parent Committee at her center, and she won. As an immigrant farmworker with limited formal education and a single mother of six, Eusebia never thought that she could be in a leadership position. Nor did she think that she could possibly serve as a role model for other farm workers and her children. Since the beginning of her new position, she was determined to work on behalf of the families in her community. She has been cheered on and supported by Telamon staff members like State Family Services Coordinator Jorge Torres every step of the way.

“Lo que hago, lo hago de corazón...el apoyo que he tenido me ha cambiado mi vida. [What I do, I do it from my heart.] The support I have had from people like Jorge has changed my life. I was a mother without strength, without knowledge. Through my work in Policy Council, I have realized the full value of the Head Start program.” —Eusebia 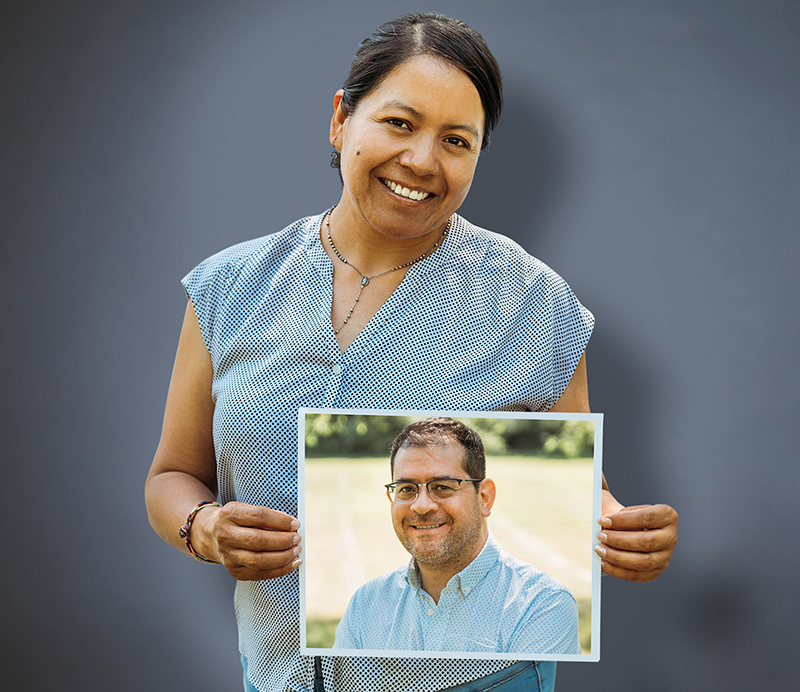 This is Eusebia’s fifth year as the president for the Parent Committee in her local Head Start center. In 2019 she was elected president of the area’s Policy Council. As president she attends strategic planning meetings at the state level, and works hard to strengthen relationships with parents, agencies, and farmworker families statewide. Eusebia represented Telamon Michigan at five conferences at different states in 2019, including the National Migrant and Seasonal Head Start conference in Washington, DC. As Jorge shared Eusebia’s list of impressive accomplishments, his voice was full of admiration and pride.

Certainly, Eusebia has become a role model not only to other parents with similar backgrounds, but also to her children, who are proud of her and continue to support her in this journey.